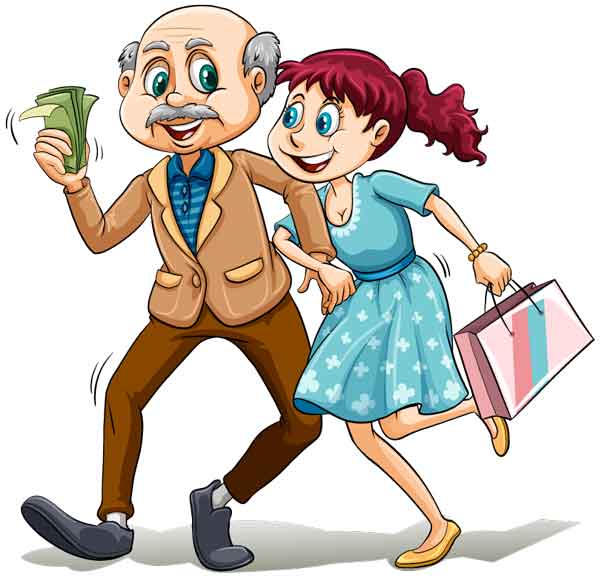 My last relationship advice was focused around 15 things one should never do in a relationship. Hopefully, you guys must have done some self introspection. Today, let’s take a trip to one of the most discussed area of love – the gender differences. Yes! Men and women are different and this has a considerable impact on your relationship as well. Now see this!

Russell and Emma are happily driving to a party. He’s happy about his awesome car and she adores her new dress. Suddenly, the car stops at the traffic lights; she turns and says, ‘why are you quiet, talk to me’. Poor guy has no intentions to ignore her and she’s not a crazy woman as all. They are living through the typical communication divide of genders. Men are action-oriented while women are more inclined towards discussion.

I grew up wondering why men are from Mars and women are from Venus. But now, I have sensed the complexity behind this ideology. Some differences are wonderfully hilarious while others may bring worrisome moments in your relationship. If you ask men, they would call women complex. As any woman and she will just say that men are simply incomprehensible.

Research suggests a substantial difference in brain form and function of men and women. If we put it technically, males and females are hardwired very differently. Men tend to use the front and back of their brain while women are holistic in their mental approach. There are wide differences in the way they produce hormones which determine their reaction to situations. As a relationship guide, we need to assess and acknowledge this disparity between genders and resolve issues. Relationship counselors across the globe receive complaints like, ‘he’s so indifferent’ and ‘she’s so clingy’. Let’s take a heads up at the basics about how men and women are different.

Women is general are better communicators.

Emotions, empathy, non verbal cues and tone are more developed in women than men. Men tend to be more solution focused and task oriented. Men often have a tough time interpreting emotions and understanding non verbal cues. So, what’s important for us? Men like women who speak out their brains and not leave things to guess work. Women like men who are more responsive to their emotions and show their concern. If you are aware of this basic difference, communication gap is less likely to bother you.

Have you ever wondered why men go into

a silence mode and withdraw themselves? It’s actually their defense mechanism. To put it more objectively, men tend to flight or fight. For women, it’s a ‘tend to befriend strategy’. Well known psychologist Shelly E. Taylor describes this term as follows. Stress brings care in women and they tend to care for important people in their lives. They also attempt to befriend with people and make strong social bonds. The hormonal differences and how testosterone has an impactful mechanism in stress situations determines reaction to stress. In love relationships, much discord takes place when couples face stressful situations. It’s crucial to understand that expecting your partner to respond in similar ways to situations is not pragmatic. Ideally, people should let their spouse resolve issues in their own way.

Women are more round and attentive in active communication. Experts often get complaints from women about men being less attentive and reluctant to listening. The root cause is not his oblivion but the very make up of his brain. Men are like that. They are definitely listening but do not actively indulge in analyses. Women on the other hand read between the lines, take non verbal cues, analyze, feel, indulge and react very strongly. Men should be advised to work a little more on their listening skills. For women, we can only say that she should lower her expectations in order to be happy.

Men are distant and women are caring

According to Indian Express, a new study claims that women immerse themselves in their love lives while men prefer distance. Women are more emotionally invested in a relationship. Women often complain men to be less caring and distant. The answer is that women ‘feel’ more than men. Happiness and well being for girls is highly dependent on their intimate love life. So, when he seems to be a little distant, don’t go around complaining about his negligence and attitude. He is made like that. All men are like that. Unlike a man, Woman is biologically constructed to be a nurturer. Do not be surprised if he does not recognize little things that aren’t’ working well between you two. He’s a protector and provider. No doubt that he values the relationship as much as you; it’s just that his approach is unlike you. Emotional distance is the savior for men and they depend on it. So, a genuine piece of advice for the ladies, do not try to change him. Same goes well for women too. Men should not attempt to change their partners. Any attempt to alter the behavior and emotional needs of your beloved is a relationship destroyer.

The whole ball game of heart and

brain is very complex and deeply integrated. Women often feel that men don’t get it and are completely oblivion to emotions. Understand this as a difference of the brain and heart. He uses brain and has a logical way of approaching things. He’s oriented by logics and is intends to fix things rather feeling them. A woman’s overwhelming emotions and outbursts are scary to man. He does not belong to that world and just cannot understand it. Lady, know this fact and get convinced that he cares.

Does that mean men are absolutely right and do not need to make efforts? Guys, lean towards your lady love. Compliment her, tell her things she likes and stay involved. It makes her happy and that’s what you want. The next time you guys feel misunderstood by each other, know this difference and move on. The worst thing one can do in a relationship is to expect a partner to think and act by your own will. Respect your individual differences and have fun with it.

How they love differently in Bed

Sexuality remains a key thing in all relationships. Like moods, emotions, thoughts and attitudes, sexuality too is a subject of concern for both genders. We consider sex as not confined to the bed. It’s a broader thing that you both find interesting. To begin with, man and woman have different sexual needs. Men tend to be more mechanical while women are emotional. As per scientists, men score high on libido, seek sex more than women and consider it as an important determinant of happiness. On an average, majority of men below 50 think about sex more than twice a day. This data is very different as compared to women who do not view sex as important. But how do you come to terms with each other’s needs. Women should indulge and experiment more with sex. This not just keeps him happy but feel important too. Men, on the other hand must concentrate on foreplay. Foreplay excites and indulges a woman. She likes when you want her and enjoys the act too.

Masculine and feminine energies are different.

If you have ever been in a relationship you must have noticed certain times when your girl friend or boy friend sounds totally baseless. Men just want to keep their woman happy and women just like to hang around him. If you two can become comfortable with these two basic needs, things are going to be smoother and better. Listen women! your man wants you to be happy. Just ask for it and he will give you. Do not confuse him by mixing emotions, needs, aspirations and fancies. Be realistic in what you ask for. For men, I would suggest to spend time with their partners. The way men distant themselves from their spouse is simply maddening. Your personal space is completely understandable but sometimes you need to make efforts for her.

Modern lifestyles and social awareness stresses the idea of gender equality. True. Men and women are equal but not identical. We often ignore and undermine the gender dynamics that is dominant in all relationships. Scientists and relationship experts have studied the subject of gender difference very closely. It’s interesting to note how two individuals are so different yet complement each other’s needs. Researchers call it the art of coordination and cooperation that contributes to the emotional and physical needs of love relations. The quest for enduring and fulfilling relationships is actually not very tough. Understand the basics and things are less complicated.