Home Infidelity Is A Question Mark On Your Loyalty

Infidelity Is A Question Mark On Your Loyalty 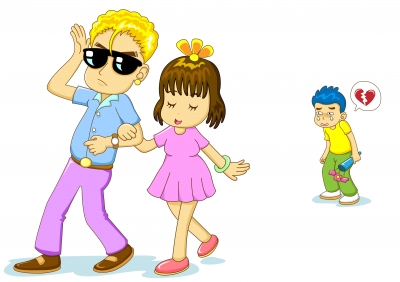 “I think you still love me, but we can’t escape the fact that I’m not enough for you. I knew this was going to happen. So I’m not blaming you for falling in love with another woman. I’m not angry, either. I should be, but I’m not. I just feel pain. A lot of pain. I thought I could imagine how much this would hurt, but I was wrong.”

― Haruki Murakami, South of the Border, West of the Sun

In all the ups and downs of every romanticrelationships, some relationships face the ugliest turmoil of infidelity. Cheating on your partner or spouse is the worst emotional hurt one can possible incur on his/her partner. This act isn’t always voluntary though and arise as a result of certain situations between the couple. In such cases, mostly the relationships end with breakup and shame, though in some cases, couple do try to overcome its disastrous consequences and come back together. Unlike our previous subjects of relationships mending and coming together of two people in love, this one is going to be all about the biggest devil of shattering relationships, infidelity.

What Leads To Infidelity?

Whether you are a man or a woman, a number of daily happenings or situations can lead to deception. Following scenarios are for your consideration-

Infidelity is most of the time unintended and spontaneous leaving you shocked. But human brain is meant for analysing everything beforehand and sex outside marriage is always accompanied with a self urge and if one says it happened in a reflex, it is called a sheer stupidity.

How To Know If Your Partner Is Cheating On You

In most of the marriages or committed relationships which end randomly with one of the spouse betraying the other, the entire truth of the deception comes into light only after months. If you fear being in one such situations, then look for the following signs which are indicative of the fact that your spouse or partner is perhaps cheating on you:

These signs might not be always right but isn’t it always good to learn about the disastrous situations before they hit you hard?

“Someone told me the delightful story of the crusader who put a chastity belt on his wife and gave the key to his best friend for safekeeping, in case of his death. He had ridden only a few miles away when his friend, riding hard, caught up with him, saying ‘You gave me the wrong key!”

How To Overcome The Situation Of Infidelity In Your Marriage

Infidelity is the worst a romanticrelationship can suffer from. Most likely such situations end in breakup but in some cases when the two people in relationship are truly meaning to be together even after one’s betrayal which is followed by a tough emotional struggle on both part, especially the sufferer’s. Following are some ways of dealing with such a development and hence the life beyond deception:

Be fair with your spouse in all terms. If you have been witnessing frequent hurtful acts from him/her, don’t go astray for comfort outside the marital bounds. Try to sort out the issues within your relationship as much as possible. Quitting is the solution only to extreme situations and not all situations are extreme!

“There are all kinds of ways for a relationship to be tested, even broken, some, irrevocably; it’s the endings we’re unprepared for.”

― Katherine Owen, Not To Us