Home The Relationship Blues –To Mend or To Walk Out! | Ask Oracle

The Relationship Blues –To Mend or To Walk Out! 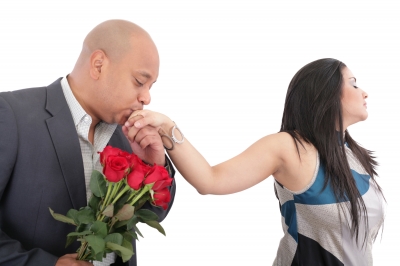 Every couple has ups and downs, every couple argues, and that’s the thing-you are a couple, and couples can’t function without trust.
-Nicholas Sparks, ‘At First Sight’

Just like the rough patches on a road, a relationship is also a long route with a bouncy ride. What matters here is how earliest one recognises the failure one’s personal relationship is heading towards, as has been discussed in the past few articles on the subject of infidelity or the role of sexual relation and its importance in keeping the disputes at bay.

Suppose you had an argument with your spouse, what is the first thing that strikes you? “Oh come on, that is such a trivial issue honey, stop cribbing about it!” Isn’t it? Most of the arguments crop out of some complex issues of the daily life. So if you have been witnessing some downfalls in your personal relationship and have lately been frenzied or distressed with the same, then you are here at the right platform.

Some of the recurrent and typical issues that surface midst a couple are:

Communication is pivotal in every relationship, but unnoticeably gets worn out with time by getting overshadowed with new priorities. It can however be overcome easily with mutual understanding. Communication is like a waltz between a couple. Well if you are wondering how in this fast lifestyle one can give exclusive time to communication, then here it is-

Trespassing the bounds in a relation to accept one outside the existent relationship is always considered unacceptable. Cheating can break even the strongest of a relationship. Overcoming such an act can be truly cumbersome, but is possible with the following ways-

Apart from the above stated issues, the most serious is the one that crops up as a result of some physical, mental, emotional or verbal abuse. Such a scenario should be dealt with some legal guidance owing to their seriousness. But in most of the cases the victim is unaware of the prevalent abuse or is too scared to accept it. Following are some signs if you are in an abusive relationship:

This is a typical situation of dilemma. This is that phase of your relationship when the first question that arises is “Shouldn’t I have waited to marry?”In most of such situations, you would wish to leave, but following reasons might act as breakers:

Does he/she support you when you are in some emotional or mental trouble? May be not. May be you get treated with taunts when you need his/her support the most. This lack of regard is truly bothersome and is quite evident in 90% of the couples.

Are You The Right One For Him/Her?

He/she might be the perfect one, so must be you. But there is an essential factor called compatibility, which is the root of any relationship. You might be the best person by nature or behaviour, but that doesn’t fulfil the criteria of you being perfect for him/her. Same goes for your partner too. A counsellor might be the right choice for your answers if you have following queries popping up in your mind every now and then:

How To Rekindle the Lost Spark?

Romance is the secret of a blooming relationship. Following are some assuring ways to bring back that lost spark in your relation with him/her:

Why is it that the right people never wind up together? Why are people so afraid to leave a relationship, even if they know it’s a bad one?
-Stephanie Perkins

Staying in a relationship or walking away depends entirely upon the nature of the situations. But it is always advisable to try to mend things before deciding leaving them scattered.

One’s not half of two, two are halves of one
-E Cummings