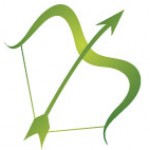 Sagittarius Men and “The Evil Twin”