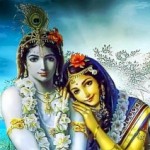 Path towards Oneness and Enlightenment.

How to win back a Sagittarius