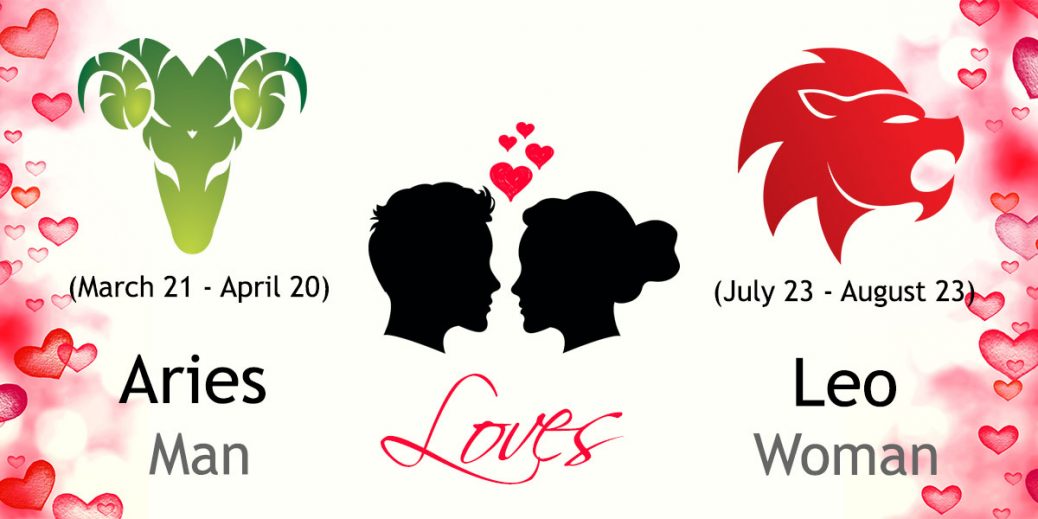 Health concerns are a central focus of your relationship in 2022. A near loss of a loved one is making one or both of you reconsider your own health and how you want to spend your days. The Aries man should give in to the Leo woman's requests and visit doctors or counselors to deal with concerns that have been on your mind. As a couple, be honest about a mistake or setback. One of us has been keeping in a fear for way too long and it's starting to eat you up inside. Your relationship would be strengthened by some real honesty. Schedule some quiet time to just sit down and talk. Listen with love and speak with cares. But resolve to address the elephant in the room. Let your partner support you as they'd like to.

When the impulsive soul of Aries meet another blazing soul of Leo they get so instantly connected to each other that their fires become almost impossible to separate. Leo is the only sign that makes me-centered Aries to give up its desires and look out for fulfilling rather than demanding.

Aries man has a prompt attraction that is envied by most males around. He is a very generous and has sparks of devotion and loyalty. At times this man can sound possessive and jealous but usually he loves to maintain calmness in the relation. Passion is the most dominating aspect of an Aries man when he is in love. An Aries man in love with a Leo woman is almost completely a different human being. He gratifies her desires, respects her royalty and provides her with the dignity she deserves of course without ignoring his own masculine superiority.

A Leo woman is definitely the real lioness with all royal flavors and strong poise. If treated properly she carries gracious warmth and appealing sensuality in her persona but if misbehaved then she is one of the most cruel and hot-tempered woman of all Zodiac Signs. The Leo woman is a very sentimental woman and when in love she desires consistent appreciation and praise to keep her spirit burning well. Though she always respects the dignity and superiority of her Aries lover but she never considers herself anyways less then him.

Aries man in love with a vivacious Leo girl can always feel proud of their togetherness as she carries such a charm with her that it makes him feel decorous to have her by his side. The Leo woman is always a very generous and compassionate woman with all the qualities of head and heart, but she hates to be avoided or treated casually. The Leo woman becomes gloomy or perfidious if she does not get the attention of her mate which generally happens with an Aries man when he gets involved in chasing his goals. She usually demands sincere devotion in public but behind the closed doors definitely her man rules their home and her heart. Since both are people of strong fire sign, an Aries man can have a lot in common with his damsel beauty which brings a lot of fun when they are together.

An Aries man is just the right person for the Leo woman as he likes to spoil his princess with showers of sincere compliments and expensive gifts and she loves to get spoiled. He is very authoritative and gains the trust of a Leo woman with his values and consideration. Aries man is a jealous lover but still he is crazy about his Leo woman for her outstanding personality and grace. Leo woman is basically very hot- tempered and difficult and only Aries man can actually make her more docile and keep her calmer. The one thing that usually spoils Aries man’s taste for his Leo woman is her flirtatious nature. He is very possessive and loyal mate and cannot stand any sort of ridicule in this piece of relationship. The Aries man who loves a lioness always encourages her to live up to her birthright pride and magnificence.

When these two spirited lovers fall for each other deeply, they set a wonderful example of friendship and strong compassion, all in one, adoring their relationship sitting on cloud nine. They are one of kind couple who enjoy every sunrise and sunset in each others’ arms and they dance through the moonlight with clouds staking the islands in the sky. In their hearts, in their souls once they find each other, they want no more. With her soothing gentleness and tender care a Leo woman makes the Aries man sacrifice his selfish ego and become more tender and caring. This undivided devotion and loyalty of the Aries man makes his Leo woman forget all her old bruises and begin a new life full of love and passion with beautiful rainbows melting in the sky. And even if they ever have arguments, it just works like a magnet bringing them closer to each other and making their love stronger than before.

As both are the fire signs, an Aries man and a Leo woman get well physically rather passionately. Their mutual instinct for uninhibited desire in lovemaking is tempered with their shared need for tender affection. From a mild kiss to sexual oneness, they enjoy every part of their togetherness. They both understand each others’ needs well and prove to be better mates for each other than for any other Zodiac Sign. The ecstasy of the unity of an Aries man and a Leo woman is incomparably wonderful and blazing with all the warmth of fire and romance. The Aries man has richness of sensations and passion which is gracefully responded by the touch of a Leo woman. Even though both are passionate lovers, their need for acquiring attention might create problems in their physical relationship. They are very particular about their physical needs.

The innocent and courageous Aries man may create troubles for the Leo woman with his aggressiveness and impulsive decisions at times. Whereas, the gentle and soothing Leo maiden, can sometimes scratch the feelings of the Aries man with her arrogance and haughtiness. The most problematic issues for these two come when, the Leo woman, gives attention to other males around, which can rupture the self-esteem of an Aries man. And on the other hand when, the Aries man in the habit of garnering the female attention in social gatherings do not provide his lady with enough devotion, which is never appreciated by the Leo woman. But problems between these two signs get solved very quickly as the Aries man and the Leo woman besides being lovers, are also very good friends. An occasional quarrel keeps Aries and Leo from taking love for granted, which otherwise sounds boring and uninspiring to both of them.