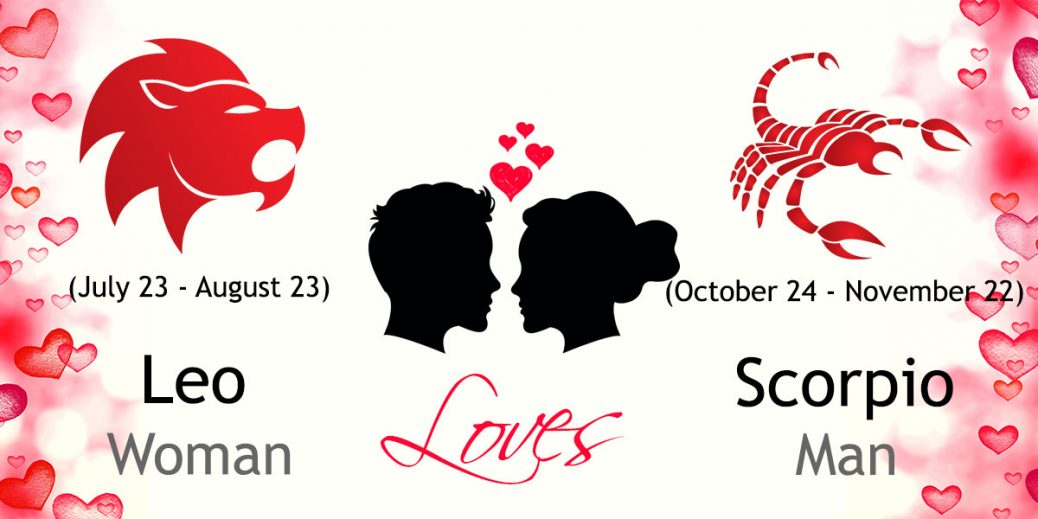 The Scorpio man may be in escapist mode in year 2022, ready to pursue any recreational pastime or hedonistic pursuits just to avoid the cares of the world. You are each confronted with challenging family experiences in 2022. The Leo woman may also find life to be difficult on the work front. Some real tension could arise between the two of you if you don't get on the same page. The Leo woman might interpret the Scorpio man's desire to let loose as a coldness towards her situation. Try empathy on both sides. You are each dealing with a difficult fight. Be in that fight together.

As the Leo and Scorpio falls for a love relationship, they become possessive of each other, which creates big issue between them. Each of them finds much to appreciate in each other and none shies away from a relationship when it gets intense. Leo appreciates Scorpio’s emotional commitment and Scorpio respects Leo’s strength.

A Scorpio man has magnetism in his personality which makes him different from everyone, wherever he goes. He is a man who is calm and serene, unruffled on the outside but hardly anyone knows what lay beneath his surface. It is usually a burning passion to achieve his goals or to get something he desires desperately. Getting in a relationship with Scorpio is no less then a dream come true for any woman as he is one man who gives loyalty, admiration and tender love altogether making a woman to live her life to its fullest. Never deceive a Scorpio because his rage is the last thing one will want to experience.

A Leo woman is generous, warm, caring and extremely social. Her independence and persona are very attractive and deserves applause. She tends to be social to appease the insecurities she has deep within. The admiration she gains from others keeps her on top of the world and feeds her pride. Her anger is ferocious and pampering her is the best way to maintain peace. Even in a relationship though she admires her man but she needs to be her own person. She can be a wife and a mother, but only for a while until she needs to spread her wings and fly.

Scorpio man always feels a strong attraction towards Leo woman who is so sensual and warm from the first day. Both of them hold on relationships and value them, so it is quite likely that their relationship lasts longer than the others. However, neither of them is particularly flexible, and both of them are quite proud. As a result, jealousies and clashes are very possible with Leo woman and Scorpio man. Yet there is a lot of passion between these two, as both of them finds much to appreciate in each other. Her insecurities do not allow her to think that she can completely fulfill his insatiable need for sexual pleasure. She despises the fact that his deep gaze and intellect tries to pick her apart and analyze her further to find out what makes her tick.

This is an intense, often rocky, and passionate pairing. A relationship between Leo woman and Scorpio man is a passionate meeting full of power and pride. It is a very public type of relationship because of all of its sex appeal. His faith and loyalty are pure to her, regardless of her suspicious nature toward him. He is obsessed with sex and with Leo woman, his best qualities shine through the brightest. But his desire goes beyond just being hungry for sex. He explores the mysteries of his deepest desires to bring his experiences to new levels. He needs to do this to reach the new levels of ecstasy he so craves for. Her skepticism and jealous nature gets to him as he constantly needs her warmth and affection to keep him happy. If he doesn’t get this, he tends to get a bit skeptical and jealous himself.

Leo woman and Scorpio man shares same intensity in their relationship making it special with every passing day. There is something that they always can learn from each other making their togetherness an experience full of learning and excitement to be shared. He makes her more stable and makes her understand the meaning of deeper emotions while she gives him the lessons to make him more expressive. With element of water and fire blended together, the warmth can be gained easily once they both understand the value of unconditional love and devote each other like never before. Golden are their days and silvery are their nights, there is happiness in their words and eyes have glittering light.

The sexual relationship of Leo woman and Scorpio man has a delicate blend that in the beginning touches the romantic side of Leo woman but over time, her need for a deeper and more affectionate and imaginative devotion takes its place. Her frigid nature and jealousy that rears its ugly head from time to time only sets to excitement of him making their sexual life even more complicated. If she doesn’t learn to play along and he is rejected too many times he simply loses interest and punishes her by turning his back to her when she needs him the most. To make the love making interesting she has to take the first step and become less dominant and complaining. This will intensify the passion of the Scorpio man bringing out his best and satisfying her with the best she could ever imagine. The best way to arouse him is to become a good receiver and let him has his way to make her feel special and loved.

Jealousy, stubbornness, possessiveness and resentment are qualities that are instilled into Scorpio man just as deep as they are instilled into Leo woman. Argument could be over money. She likes to spend it and she spends it on lavish items, items that makes her feel good. Scorpio man likes to abundantly spend his money also, but he hates being dictated by anyone in this matter. The best and often only way, to settle this quarrel is to not even start one in the first place. A separate finance for each is the only way to go. With some calming effects and separation between them, Leo woman and Scorpio man can have a beautiful and lasting relationship. In this case, an outside source, such as a mutual career or target is beneficial in the unity of these two. A child is their best bet. One step at a time to help bridge the gaps between them.