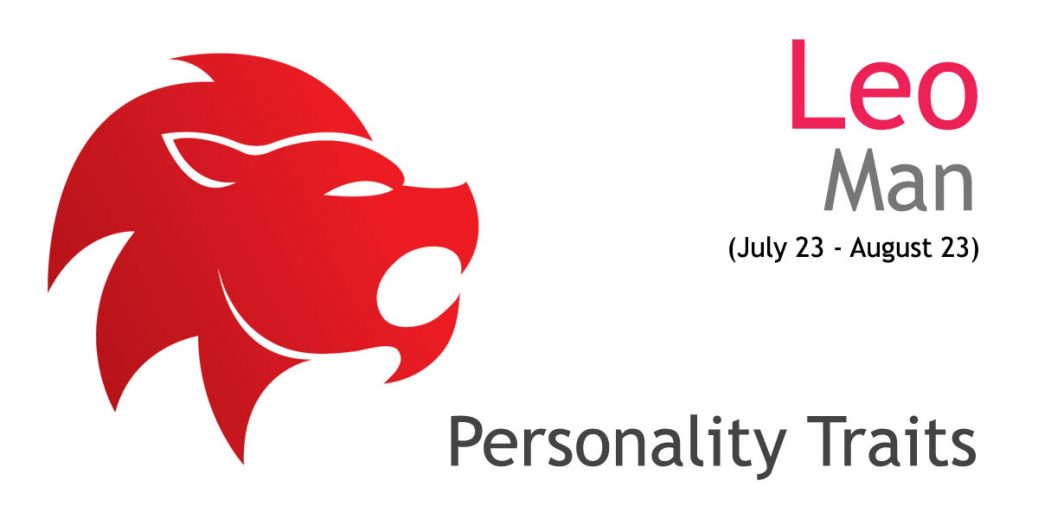 With a mesmerizing character that is energetic and wild, a Leo man will possess a sense of royalty that is driven by the intense desire to be loved and admired. A captivating man who can appear domineering and arrogant at times, he has a marked tendency to be somewhat of a showoff but the lion has a generous heart that’s fearless and independent. Ruled by the Sun, he looks for clarity in every situation with an obstinate mind that lets him achieve his goals with absolute determination. Read more if you want to understand what makes the lion rumble and roar in his personal and professional engagements.

Personality Traits of the Leo Man

He-Man – I Have The POWER

The Leo man is a fiery combination of power and passion. This man is quite result-oriented and will be outspoken because of his inherent childlike demeanor. Impulsive and adamant, he proves to be a pillar of strength for his loved ones and is blunt enough to proclaim that concern owing to his straightforward nature.

Competitive and ambitious, a Leo man is a born leader with an initiative approach that is motivating and highly optimistic. His productive worksheet is well-organized and his relentless mind is always overflowing with ideas. This man is a risk-taker who strives to compete against all odds, and will never turn down a challenge in his professional or personal life.

One of the most self-governing sun signs in the zodiac, the Leo man is stubborn and decisive who will tackle a problem head-on. His endurance is a combination of his assertive mind and headstrong perspective that believes in direct interactions. He makes for a capable CEO with a stream of loyal followers and can delegate tasks to able comrades, in good faith.

A brilliant conversationalist, the Leo man is witty and loves being entertained especially since his childlike spontaneity makes him the lift of the party. He has a lead role in every scene, comes with a fabulous sense of humor, and is generally quite popular in a crowd. His colorful personality is dignified, and he loves being the center of attention with a flair for the dramatic.

Dark sides of the Leo Man

A hard-pressed Leo man will reserve an egoistic streak that’s hard to tackle once his opinions have been challenged. His need to feel superior makes him quite self-centered and insecure which results in unpredictable outbursts. Leo man has womanizing tendencies – He is difficult to tie down in a relationship and will often be engaged in a string of affairs. He will be a tough employer to impress, and is a purity seeker, often obsessed with finding perfection. His pride is immense and he lacks empathy, majorly focusing on materialistic needs and remains power-hungry. He will seek advice from strangers only because he seeks recognition and is quite indulgent. He can be demanding and is quite often a pushover with a dominating nature that can rob a person of their personal space.

Playful, persistent, and lively, the Leo man will often pursue a woman who is hard to win over and comes with a bold mindset. Intellectual conversations stimulate his mind, and he will naturally be attracted to a woman who’s passionate and lively. Mild flattery and subtle hints are enough to catch his attention and he will jump headfirst into the chase especially if his partner is compassionate and tenacious.

However, the Leo man gets bored of monotony and might enjoy a friendly debate but he doesn’t take well to emotional blackmail. He is fiercely overprotective with a sharp tongue so a woman who tries to make him jealous will have to endure more than ranting. He will quickly lose interest if feelings are being dangled over the edge and since he loves his freedom, he likes a self-reliant engagement.

How to Attract the Leo Man?

Pamper your femininity with fancy clothing, and take care of yourself because this man loves a well-groomed woman who is fit and physically active at all times. To keep your romance flowing, add a bit of humor into your conversations even if it means watching a late-night comedy show together.

Shower Him with Praise

If you’re interacting with a Leo man, you should know by now that he craves attention so it is necessary to pay attention to detail. Apart from keeping him physically pumped, ensure open communication by being direct, frank, and confident. Don’t undermine his efforts, instead, give him sincere compliments.

Since the Leo man likes taking care of his partner, he will ask and enquire all day long only because his instincts probe him to. So open your heart out when you’re around the Leo man, and show him a vulnerable side to your personality. He enjoys being your knight in shining armor as long as you appreciate his efforts and advice.

Since the Leo man is a freedom-loving spirit, he prefers women who are confident, and fearless. He might want to give you professional advice or guide you along the way because he respects your pluck, and if you’re a woman who doesn’t procrastinate and endeavors hard, you’ll have the lion hooked to your chariot.

Charismatic, and a bit childlike, the Leo man has a vibrant personality and is fun to be around because he genuinely wants you to be a part of his bandwagon. When it comes to his family and lover, he is extremely possessive and territorial and is gravely influenced by fatherly figures and religion. This man loves comfort combined with an aesthetic appeal, so his home will be extravagant and sensual.

In a relationship, Leo man dislikes fruitless pursuits and looks for a partner who can satisfy his physical and emotional needs with devotion. In marriage, he will want to socialize and partake in creative activities, not just with his partner but also with his children. He takes fatherhood seriously, will want to spoil his children, and will relentlessly defend his little ones, pushing them to work hard towards their goal.

The Leo man brings intensity everywhere they go, but they can be megalomaniacs at the office, with a domineering streak that is authoritative. He can be inclined towards a career in performing arts because of his theatrical impressions, and his creative bursts are suitable for the entertainment industry. A profession in law and order is ideal for this man who fights with absolute conviction, and he may also fair well as a sportsman or a fitness trainer.

A Leo man is energetic, and charismatic, often holding the reins in the bedroom. He is a womanizer with a high sexual drive, always looking for an intellectual, enthusiastic, and devoted partner. A Leo man in bed is an exhibitionist who loves a good chase and will always want to portray his masculinity through passionate gestures. If you show him you desire his touch, he will shower you with more than just oral pleasure.

Determined and bold, a Leo man in bed will enjoy a scented massage and plenty of dirty talks. Avoid mind games though, because he doesn’t like to be fooled around with. Instead, tease his most erogenous spots, be loud while expressing sexual pleasure and you’ll have a Leo man who’s chained to your sexuality. He will be deeply aroused if you like being handcuffed in bed while he explores bits of you.

Possessive, and demanding, a Leo man expects your dedication in bed and wants to be flattered for his lovemaking skills. You can expect a lot of sexual activity, but he’s impatient and can often throw a fit because he survives on drama. He is rarely submissive, and will not adhere to ultimatums. Not one to constrict himself to mundanity, a Leo man is an impulsive gambler, always on the hunt for a challenge that deviates him from serious commitments.

A Leo man likes to dictate and wants royal treatment so don’t be surprised if, you find him a tad bit selfish. If you want him to stick around, then always admire his sexual advances in bed. He loves a woman who can offer a bold and imaginative performance as long as he’s the center of attention. You can please a Leo man by indulging in outdoor sex and tease him with lots, and lots of biting.

How to Resolve Differences with the Leo Man?

Be subtle. Try maintaining a passive and calm composure because arguing with a Leo man is difficult especially when he wants his way. You’ll need to be patient around him and pass your judgments with subtlety because he won’t take criticism so easily. He will be dramatic or throw a tantrum so stand your ground with ease.

His overbearing attitude can be countered if you give him attention and patiently play muse to his dramatic flairs. His emotional expressions will be extreme, and his indulgent lifestyle needs a balance so it is important to keep him grounded for a healthy and stable relationship.

Given his dynamic and mesmerizing presence, the Leo man elicits respect and appreciation from his peers, family, and friends. He might get frustrated and grumpy when not given the attention he craves, especially since he likes being in control but the lion is a big-hearted individual who is fiercely loyal and tempestuous. He will bravely shoulder any responsibility thrown at him since his sense of duty trumps everything else. For a successful union, give him the freedom to be himself and remain tentative to his needs, especially when he feels down and low.