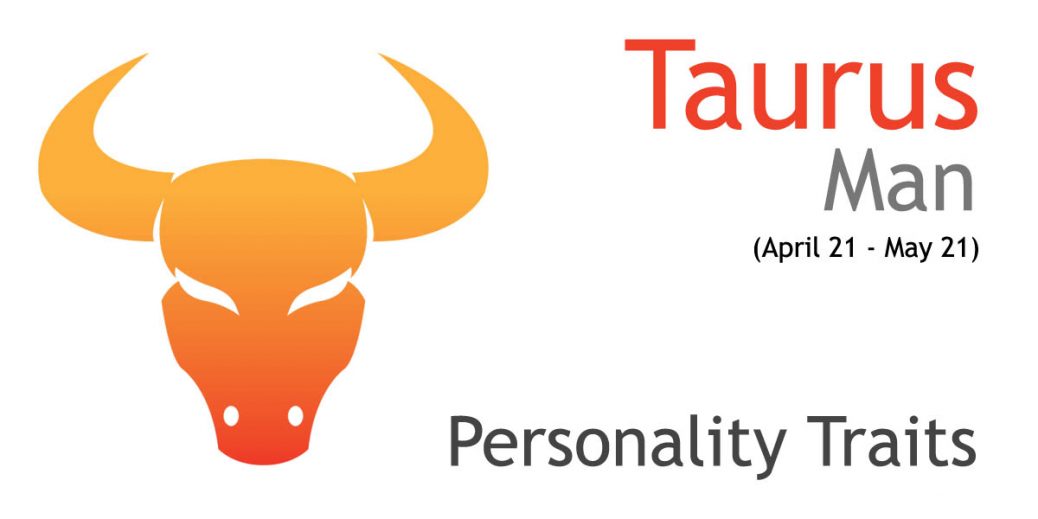 Radiating calm and fortitude in his persona, the Taurus man is frank, kind, and immensely stubborn. Being a fixed sign, he is immovable when it comes to his preferences and revels in the sensual pleasures of life. This man upholds a loyal and steadfast stance and sustains only meaningful relationships in his life. Ruled by the planet Venus, he leads a simple life with a deep connection to nature. Read on to understand his deep-seated personality, weaknesses, and relationship goals.

Personality Traits of the Taurus Man

Incredibly adamant, the Taurus man will toil and struggle without hesitance because he is the sort of man who will chase a huge payoff if it improves his lifestyle. His pigheaded nature can come off as intimidating but this man is set in his ways once a sound decision has been made. He loves all things material, and will generally surround himself in comfort and luxury.

Determined and persistent, the Taurus man is an ambitious architect who thrives on building his life, one brick at a time. His approach is fundamentally conservative, although he doesn’t mind breaking the rules now and then, just to reap the rewards of his endeavors. He is a kind and thoughtful introvert with a shy and endearing charm.

Once set on a decision, the Taurus man will not budge because he is independent and tenacious to the core. This man likes his personal space, and has an appetite for deep analysis in his soothing den, away from obscurity. A thoughtful communicator and loyal friend who is unswerving and reliable.

The Taurus man is tactile, with a personal mantra that functions entirely upon perseverance, and has an inborn resilience to meet every challenge that comes his way. He will be happy to be a beast that lumbers on for extended periods especially since he can be a workaholic. His primary goal in life is to build a warm home, be financially secure and self-reliant.

Always slow and steady during a crisis, the Taurus man has admirable endurance that keeps him functioning under stress. A sense of purpose keeps the bull occupied, focused, and consistent within a productive routine. This man favors early preparation against and is rich in worldly wisdom.

Dark sides of the Taurus Man

Taurus men aren’t necessarily braggarts but they do like to flaunt their success to make an impression that speaks louder than words. This man has a stubborn nature with a deeply rooted temperament that can result in vicious temper tantrums. Quite materialistic, he can cheat since sometimes his actions are motivated by money. This man will be unwilling to accept change, often holds a grudge for too long, and will feel despondent for hours. Another defect in him is that he won’t hesitate to use you for instant gratification.

You’ll witness a struggle for dominance when it comes to the adamant Taurus man who particularly avoids shallow and materialistic women and the biggest turn-off for the bull is duplicity. Because his mind is shrewd, he can easily pinpoint deceit and won’t go too far with indecisive personalities.

In a woman, the Taurus man seeks out a partner who is strong in spirit and is driven towards achieving financial sustenance. He feels sexually attracted to confident women and has a soft corner for romantic gestures like cooking a meal or giving him a massage. Since he likes being taken care of, a compassionate woman who comes from a similar home environment will catch his interest immediately.

How to Attract the Taurus Man?

Being an earthly sign, the Taurus man craves emotional stability and physical comfort in a relationship. He enjoys a well-groomed woman, especially if she takes the lead to draw upon a kiss, or maintain physical contact like holding hands.

Be Vulnerable Around Him

Honesty is the first basis to building a relationship with the Taurus man who wants a devoted and trustworthy partner. Allowing him to lend a helping hand and letting him make life easier for you is the best way to kick start a long-lasting relationship.

The Taurus man seeks a kind of feminine impact that correlates with his concept of building a secure, and comfortable home. This means any sudden changes or impulsive decisions need to be avoided since the bull dislikes being hasty.

Affectionate and sensual, the Taurus man enjoys the romantic delights of courting but needs time, space, and absolution before entering into a relationship. Taurus makes for an ideal marriage partner since he doesn’t dilly-dally around in multiple relationships but instead is willing to wait for the right person to come along. The Taurus man is a speculator who is a believer of traditional rituals, and age-old practices and can therefore be a religious evangelist. His hedonistic nature can be self-indulgent but he is also a sentimental romantic and a good listener.

He loves his possessions, endeavors towards financial security and would want a partner with a successful career, and a solid bank account. If you’re dreaming about marriage, then he will be warm-hearted and determined to build an elegant home in a well-landscaped space with high-end cars along the driveway. He is openly affectionate with his children and will provide material security to his family. As a father, he’ll instill solid work ethics and teach his children practical skills, always being a grounding influence in their lives.

Taurus men will grind and slog towards a career that gives them a high status like a personality coach or a chartered accountant. Believer of steady income, this man wants a high status and you’ll witness an aggressive and competitive side to his prudish personality if there’s a business deal involved. Capable of leading a charlatan’s life, this man is quite the wealth manager in the family, often opting for government-based jobs. Since Taurus man craves financial stability, he will handle the money on his own but his Achilles’ heel is luxury. This may cause some bad financial investments, however, the persistent and laborious bull lingers on till the stash is full, and multiplied.

A Taurus man in bed enjoys lovemaking more than any sign in the zodiac and will adore a partner who’s attentive and considerate. He won’t tolerate unnecessary drama, tantrums and will cringe at the thought of sleeping with a spendthrift. Taurus men are exceedingly difficult to charm, and this is because they are traditionalists, with incredibly high standards. Practical and self-assured, a Taurus man is the epitome of masculinity, but he is a gentle lover in bed.

Oral stimulation is the perfect way to begin the night with a Taurus man, especially if you’re keen on keeping him. Devoted, and hardworking, he will apply every technique in the book to please you. What thrills him the most is a woman wearing sexy lingerie, one who will lick his neck, render seductive nibbles, and a tender massage. Sensual foreplay and the scent of your body will drive a Taurus man crazy, to a decree that he’ll at once, crave sexual intimacy.

To a Taurus man, sex needs to be within a comfort zone, so you’ll need to be subtle with your wants. He won’t be an animal in bed, nor will he experiment a lot, since he enjoys following a simple routine. Old fashioned, and conservative, a Taurus man in bed is straightforward and bull-headed. Most Taurus men tend to be possessive with their women and exhibit a disgruntled demeanor if their most rigid thoughts are confronted.

A Taurus man is indulgent, and materialistic which makes him ignore requests and pretend to not listen especially when there’s a conflict of interest. He will procrastinate, in such times be patient and give him some personal space. Stroke his ego with heartfelt gestures like cooking a delicious meal, and a candlelight dinner because it will encourage a Taurus man to make love to you instantly.

How to Resolve Differences with the Taurus Man?

Despite being the big, burly guy of the zodiac, the Taurus man is quite a sentimental creature so give him ample time and your steady presence to build that trust in the relationship. He enjoys consistency, and like a child will crave attention so be ready to handle his mood swings. He loves financial security or may even start a business for progressive growth. In all, this conservative man only wants unwavering loyalty and honesty from a partner. You must appreciate his ability to view things from a practical standpoint

The Taurus man may be slow and act like the proverbial bull that scowls if contradicted but underneath all that is a kind and gentle creature who appreciates the finer things in life. Bring forth any potential challenge and this man will have a practical voice of reason with nerves of steel. A relationship with the Taurus man is prosperous when you can respond to his practical and space needs all the while respecting those traditional values at hand.