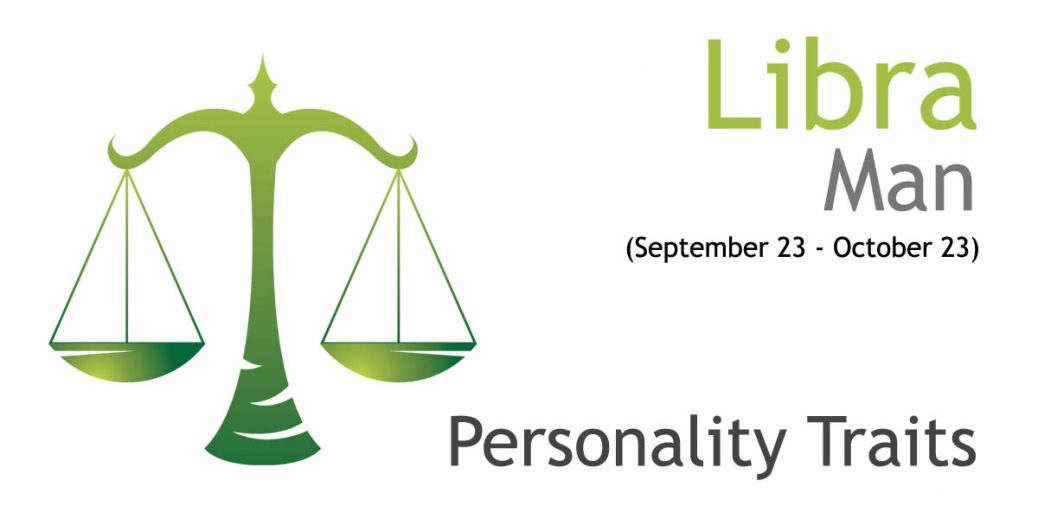 Built with an innate sense of justice, the Libra man strives for harmony in every aspect of his life. He is an inquisitive soul, with a charming appeal and can bring forth a persuasive argument on the table, that’s hard to dissuade or ignore. His balanced temperament helps resolve conflicts and keeps them from blowing out of proportion especially since this zodiac comes with nerves of steel. Ruled by the planet Venus, a Libra man’s energy resonates with compassion, and he appreciates beauty in its most natural grace. Blessed with logical reasoning, the Libra man is much more than meets the eye, so here’s an elaborate look into his many quirks, and fancies.

Personality Traits of the Libra Man

Despite seeming carefree, the Libra man has a sharp and diplomatic dialect that gives him the ability to respond and react accordingly to a given situation. The Libra male just disappears when he is not sure of the outcome. He is the perfect negotiator and can therefore have a successful career in law & order. Since he can foresee the potential outcome of his words, the Libra man is tactful and observant. Also known as the peacemaker, this man will always assess a situation from different perspectives.

The Libra man is incredibly social and likes to be part of different crowds especially since he’s talkative and forthcoming in his views. His caring nature gives him the ability to interact and blend, and he won’t hesitate to initiate get-togethers with people he’s closest to. Absolutely fun-loving, this man won’t tolerate rude behavior or emotional outbursts. He will act as the bridge between two opposing parties, always wanting to make amends.

The Libra man likes to stay well-informed therefore will read books of just about any kind, often indulging in creative and artistic pursuits. This makes him the ideal conversationalist, with a sharp, quick wit that can easily impress an audience. With an eloquent taste in anything that is elegant, the Libra man is blessed with deep-seated intelligence. He’s a wonderful listener, brainy, and can express his intelligence with profound creativity.

The Libra man is a young soul, who flits from scene to scene, leaving behind ripples, often experiencing artistic bursts. With the ability to be sensitive and masculine at the same time, he will practice music, write poetry or have an inclination towards different kinds of dance forms. He will be naturally inclined to put all his energy into decorating or systemizing a setup such that it is aesthetically pleasing, and is utilitarian.

Dark Sides of the Libra Man

Seemingly indecisive, a Libra man is prone to changing his mind all too often, since he’s swayed by his effervescent thoughts. He can be detached and unemotional in situations and will often be surrounded by conflicts that are of his own making. This is why he has commitment issues and is slow to swear allegiance. He believes in tit-for-tat behavior so his diplomacy might turn into devious acts of personal convenience. He may quarrel, get involved in back-bitching, or be a nit-picker at times because of which he will be disliked often, but he will also retain a loyal set of friends, and companions who will love him to the core.

A Libra man’s free-spirited nature may often lead to multiple romantic entanglements since he doesn’t like to be confined within a single space for too long. This makes him seem like a cheat and a liar. He can get carried away at times when it comes to extravagant investments and may appear vain and conceited. He might speak recklessly when angered and lack the stability necessary to handle emotional confrontations.

If you want to attract a Libra man, you should pay special attention to how you present yourself. For this man, intellectual conversations combined with bold and intimate gestures make the perfect first date. Although he is easy-going and light-hearted, the Libra man will question your moral values based on how you react in situations. He particularly values a progressive outlook and fancies a woman who is bold, independent, and compassionate.

Libra men don’t appreciate being criticized, and their biggest turn-off is someone who is boorish, and obscene. Since this man believes in ethical rituals and practices, he cannot tolerate injustice of any kind, therefore, is put off by rude and spiteful acts. He is a freedom-lover, who doesn’t like to be pressurized into doing things or being picked at constantly. He believes in symmetry, so you’ll often find that his aesthetic-oriented mind dislikes clutter.

Ideal woman for the Libra man

Be affectionate and pleasant

If your behavior is impudent and mildly impertinent, a Libra man is just not your type – he will take sophistication above all. This zodiac wants a woman who is pleasant to talk to, is intelligent, and comes with a good sense of humor.

Give him compliments & spoil him

Compliment the Libra man and engage in meaningful discussions that revolve around his passion. Make bold and spontaneous gestures to spoil your man by booking a weekend getaway just to surprise him.

Be practical, and make precise decisions

Since the Libra man is terribly indecisive, he looks for a mature partner who can quickly adapt and make sound judgments whenever necessary. When those scales are tipped, being practical and patient can comfort his troubled mind.

Your Libra male loves tranquility and craves a partner who can showcase elegance just about anywhere. He gets along with a confident woman who shares his aesthetic perspectives and has the integrity to maintain her individuality.

Hardworking, sincere, and incredibly determined, the Libra man is typically somber and socially quite active. A stable relationship with him is one where he is respected, and his efforts are never undermined. His simplicity can be quite charming, thus is known to be a ladies’ man, however, once he decides to commit, he is a loving and devoted partner. Since anger isn’t a primary reaction, he will try his best to limit disputes and pacify hostile situations within a family environment.

The Libra man adores being out in nature, traveling to different settings, and meeting new people. As a partner, he is caring and likes to spoil his partner with extravagant gestures and spontaneous getaways. This zodiac cannot live a mundane life, but at work, he will be diligent and surround himself with meticulous strategies. At home, he likes a soothing environment and will not appreciate the slightest disruption. As a father, he is loving yet authoritative and adores taking his children out for cultural gatherings.

A Libra man is incredibly ambitious but he often maintains a poor bank balance because when those scales tip, he becomes a spendthrift. He can be indulgent, and vulnerable to spending more than what is necessary. Though he isn’t great at saving money, he will thrive in a low-drama atmosphere always looking for projects that can challenge his wits and intelligence. He will find it hard to take an active role in money management since his love for luxury is immense. However, when his mind is in perfect equilibrium, he will be goal-oriented and work towards building a consistent pool of income.

A Libra man is charming, playful, and intuitive – a perfect amalgamation of masculinity and sensitivity. His sexuality thrives on emotional displays of the intense need to pleasure a partner, to the pinnacle of sexual desire. To Libra men sex isn’t ordinary, it is an art of lovemaking, and they will play with your body till they’re satisfied. Slow and sensitive, a Libra man in bed is bursting with imagination, so get ready to experiment with different forms of lovemaking, from lying undressed to Eve’s Ecstasy.

A Libra man will seek quintessential moments to romance a woman into sleeping with him. Tactful, and eloquent, a Libra man needs communication in the bedroom and will adore a partner who is patient and attentive. Libra men like submissive partners however since they yearn for balance, appreciate being turned on through a sensual massage, or morning sex. They are aroused when the ambiance is ideal – lots of wine, a favorite soundtrack, and some dancing.

A Libra man can go off track if you don’t describe and communicate your needs and fantasies. He may possess voyeuristic tendencies but that doesn’t mean he’ll give in to the idea of having an open relationship. A Libra man will emotionally shut down if confronted suddenly, especially when his feelings are at stake. He is generally very tolerant, but if you consistently push him into a corner, then a Libra man can become resentful and dismissive.

How to Resolve Differences with a Libra Man?

For a Libra man, his mental peace correlates with his physical environment, therefore his inner and outer space needs to be organized and perfectly balanced. Give him a picture-perfect home, and plan spontaneous activities to keep your relationship alive, and dynamic. A Libra man must never deliberate his choice of being with you since these insecurities can often cause multiple dilemmas. His unwavering logic will outstretch your emotional cravings, so it is best to be patient and thick-skinned around him.

Once you delve into a committed relationship with a Libra man the real challenge will be to communicate constantly especially when he wants an opinion, or is looking for an intellectual challenge. As long as you’re ready to indulge in a spontaneous dance of lighthearted banter and passionate romance, your relationship will thrive with this well-balanced zodiac.