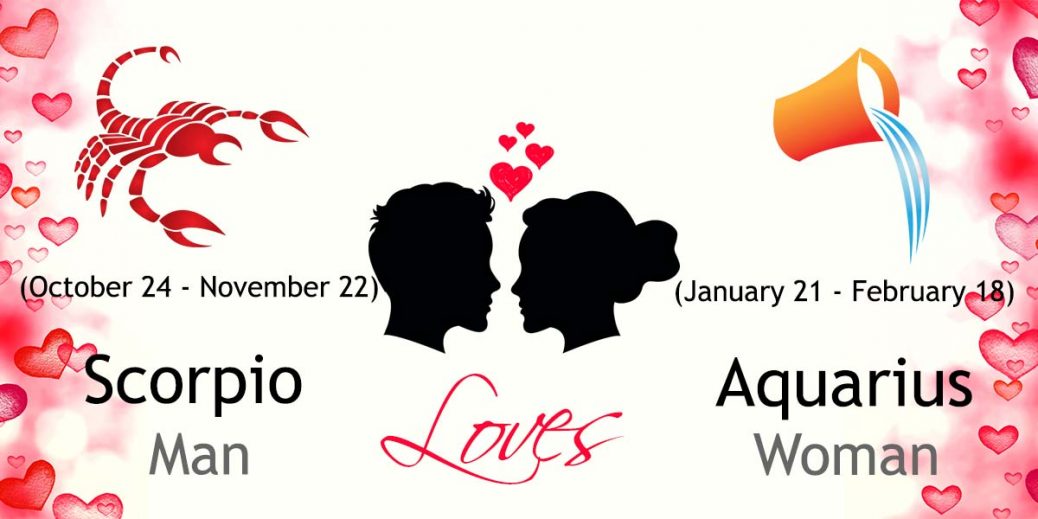 Travel plans could be cut short owing to some complication involving the Scorpio man's family. An illness or crisis impacting your extended circle is highly likely. Be attentive and offer support. Many people will need your involvement. Build in some quality time in your day to let off steam and just have fun. Set some boundaries or you run the risk of people asking too much of the both of you. Make romance a priority. It doesn't have to be a big, expensive to-do to show how much you care. A little token gift, some sweet and homemade or even just a love note would be a welcome surprise and a distraction from what feels like a lot of external pressure.

A Scorpio man is intense in everything he does. He is stubborn and self controlled and dominates his life and cannot be lead anywhere he does not wish to go. He can sink into depression, or rise to intoxicating heights of ecstasy. His suspicions are a big part of him as are his expectations. Scorpio male is solid and gives his trust and loyalty to everyone who shows they deserve it. A woman has to be very sure if she wants a Scorpio man because once stepped into his world it is virtually impossible for her to back out.

An Aquarius woman is very friendly in nature with transparency in her attitude. She hates diplomacy and is never mean in her approach. Aquarius female is a stubborn creature. She is quite the independent one and to try to pin her down to one place is futile. She is very much her own person. She craves change and although she can make her man’s life more beautiful, she does not stick around long. If she once decides on her lover whom she considers admirable, she can prove to be a great mate given the respect and freedom she deserves.

The relationship between Scorpio man and Aquarius woman is nothing short of fascinating. Scorpio man’s attraction to Aquarius woman is because of her great independence and her individuality. She has a curious innocence about her that makes him fall head over heels for her, but her temper is nothing to be reckoned with. They are quite similar in these aspects. They don’t necessarily need to put each other as first priority. They are both secured enough in themselves in that they put career and security of home on top. Family matters also top that list of priority in their lives. Their own personal needs come along eventually as does the harmony in their relationship. As argument arises between them, it only proves to strengthen their relationship rather than hinder it. Especially when the Scorpio man is ready to take his Aquarius woman’s temper calmly and pacify her with his tenderness.

Scorpio man always amazes and excites Aquarius woman with his mysterious ways. He loves her, protects her and treats her like a princess. She can get everything she searches for in this man and that too with a passionate will. They have a wonderful tuning until life doesn’t tests them and Aquarius woman is ready to show her devotion towards her Scorpio man. But if she becomes carefree or he becomes domineering, they both can outrage highly. Although she is not easily angered like Scorpio man is, he does know how to keep his cool so much more than she can. She could use a few lessons in this department and he could be her teacher. If she does not learn from him, her outlandish fits could cause him to lose respect for her and this is turn can even lead to end of their relationship.

As the days of life keep drifting with love and ecstasy, the Scorpio man and the Aquarius woman truly accept the others’ way of thinking and functioning of their relationship becomes cozier. She teaches him to be a bit more easygoing and the Scorpio man teaches his Aquarius lady to be more expressive and attached to the near ones. Together they make a strong bond of empathy with the colors of both love and friendship sparkling elegantly with a euphonious tune to make them feel delightful. They attend to each other without over-shadowing the other one’s personality. Their home is a warmer place where rights and duties go lovingly together and rainbows of the fancy of Aquarius woman are painted beautifully by the real paints of her Scorpio man.

Within the realm of their sexual connection, there is either a constant inconsistency of desire or a mellow maturity that is created. Scorpio man tends to be powerfully emotional as Aquarius woman appears to be far too detached even if she enjoys and desires him. Another uncommon ground between them is the quick change in mindset that she has as he tries to gradually come back down to reality from his passions. To avoid conflict here, it is Aquarius woman who has to put forth a little extra effort in showing a bit more compassion and understanding towards him. It is well worth it as he is one man who knows all the synonyms of love and can make her feel special in unmistakable manner. Also, as long as her appeases her and lets her have her independence when she craves it, things go quite smoothly. Together they can actually make a wonderful couple with great sense of intimacy and lots to share on both physical and intellectual levels. If they can adjust to their little differences, their sexual intimacy can be very fulfilling and enjoyable.

Aquarius woman has a tendency to stay detached which can make the Scorpio man feel insecure but at the same time, from what may save the relationship is that she is able to forgive and forget quite easily. If she could teach these traits to him, he will be so much better off for it. He is highly outrageous but he knows how to maintain the surface calmness. This is easily felt by her and she gets irritated of his behavior. These two are very much like one another in that they are conflicting, moody and independent. Add a bit of mystery to Scorpio man and a bit of intuition to Aquarius woman. They can both stand to learn something good from the other one and if they utilize these newly learned traits toward this connection, it grows to become stronger.