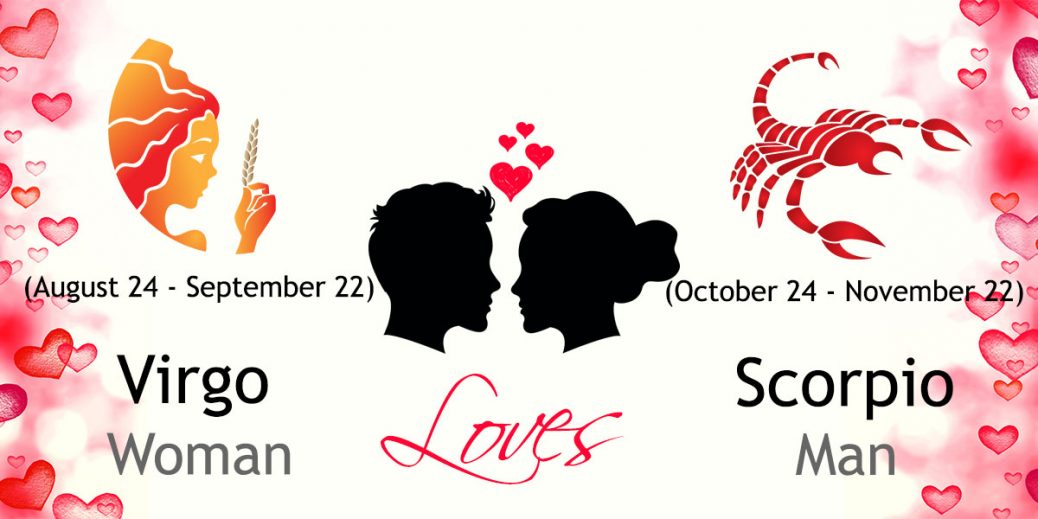 The Scorpio man desires to go out more often, play sports and make risky bets in 2022. The Virgo woman should be willing to give it a try. Even an unlikely outing or setting could spark a romantic mood. You are both feeling worried about finances and contracts, perhaps from some unresolved family matter. If you aren't careful, your relationship could hit the rocks quickly during the year 2022. It's essential to stay in open and honest communication. One or even both of you is feeling underappreciated. Don't keep the angry or anxiety to yourself. Think of your future together and address what's wrong in the present.

The combination of Virgo and Scorpio is a blend of practicality and emotions — all in one. Both of them work hard at making the relationship work, especially Virgo and that is truly cherished and appreciated by Scorpio. Neither of them is frivolous about being committed, and if once they commit to each other, this pairing is hard to break.

A Scorpio man is an invincible person. He is an extremist with calm and steady surface and smoldering passion within him. He is very intense; he can reach levels of intensity that other men don’t even know exists. Beneath the soft voice of Scorpio man lays his subtle strategies to enhance his career and personal life. He is one person who loves luxury and comforts immensely. He goes to any length to keep the ones he loves safe and sound. He is very loyal and faithful to the woman he loves. When he loves a woman he completely gives his entire heart to her.

A Virgo woman’s most outstanding characteristics are efficiency and her critical nature. A Virgo lady believes that she is extremely competent and organized and that is usually right also in most of the cases. She is also highly loyal and works unselfishly for the good of the ones she loves. She doesn’t think the world or the man of her life owes her anything and that makes her self-sufficient. One of the Virgo female’s most shining virtue is her gentle and unselfish devotion to the man she loves. She is a born homemaker with a great imagination and splendid creativity.

A Virgo woman and a Scorpio man make a beautiful connection. She has much respect for him. He understands imperfection and knows that no one can be perfect. Seeing how the Virgo woman listens to her Scorpio male, he is able to convince her that striving for perfection is a waste of time. He helps her to understand that everyone has imperfections and one needs to love one another with those imperfections, and not for what other wants someone to become. They are like a poetry in motion. They deeply respect, love and cherish one another. He is known for his integrity, and makes sure that he lives up to what others expect of him. Virgo woman and Scorpio man have great communication, but without her knowing, the Scorpio holds things back and keep to him in his ever lying depth.

In a romantic relationship, a Scorpio man is typically very loyal. Even if he wanders for a moment he quickly returns to where he belongs. He makes for a very passionate lover towards his Virgo woman giving her all the love and support she wants. He is faithful, true and devoted and always provides everything that a woman of his life deserves. Scorpio man is a protector by nature and never allows his Virgo woman to face the world alone. He is not the typical man; his love goes much deeper for the people he loves including his family, friends and the lady of his life. He never waits around for his woman as he is self confident and lives by his rules which are sometimes hurting for his Virgo woman as she feels dejected by such attitude of her man.

As both the Virgo woman and Scorpio man discover the reality of love, they rediscover their soul and oneness in such a form that their odds become good and they unlock the gates of their hearts to be loyal and devoted towards each other forever after. They give an exciting glimpse to all the possibilities they share in their life and also have the power to realize a satisfying approach for their once seen dream. He understands the critical nature of his Virgo lady and his fineness and tenderness always help her out of miserable conditions while the magical presence of her makes him more open. They both encourage each other and magnify each others’ virtues. They bring out the liveliest stellar and most flamboyant rainbow out of their romance, walking side by side, and remaining close forever.

Both Virgo woman and Scorpio man are more or less introverts. Due to their shyness it is hard for these two to openly confess their feelings of love for one another. But they always know how they feel about each other and it is just hard for them to open up until they feel safe in each other’s arms. Once they feel safe they are able to introduce themselves and communicate freely. In sexual nature the Scorpio man is like two sides of coin. One side of him believes wholeheartedly that sex is a sacred spiritual union between two people becoming one. Then there is the erotic side of the Scorpio man who needs to release his lust and passion in the bedroom. He changes things up quite frequently, which makes for a very exciting sexual partner. A Virgo woman makes love in an unsophisticated manner. There are moments of awkwardness between them while making love. The solution occurs once they feel more comfortable with each other. But ultimately, both seem to always be withholding something from one another. Both have to make some changes in order for the love to flow freely in the bedroom and feel the ultimate satisfaction of physical intimacy.

Though Scorpio man and Virgo woman share a very beautiful relationship but there are some characteristics that are troubling for both of them. She can sometimes be very critical of him who never appreciates it; in fact it creates differences between them. On the other hand, the world famous depth of Scorpio man troubles her as this gives her the feeling of dissatisfaction and uninvolved in her own man’s life. Such situations can create long term troubles as well if they do not communicate and resolve the issues. But if taken seriously and understood they can make up even the biggest of problems. The Virgo woman’s independence allows these two to have a very manageable relationship with one another. Scorpio man’s self-confidence and his Virgo lady’s self-sufficiency create a golden foundation for a good relationship.