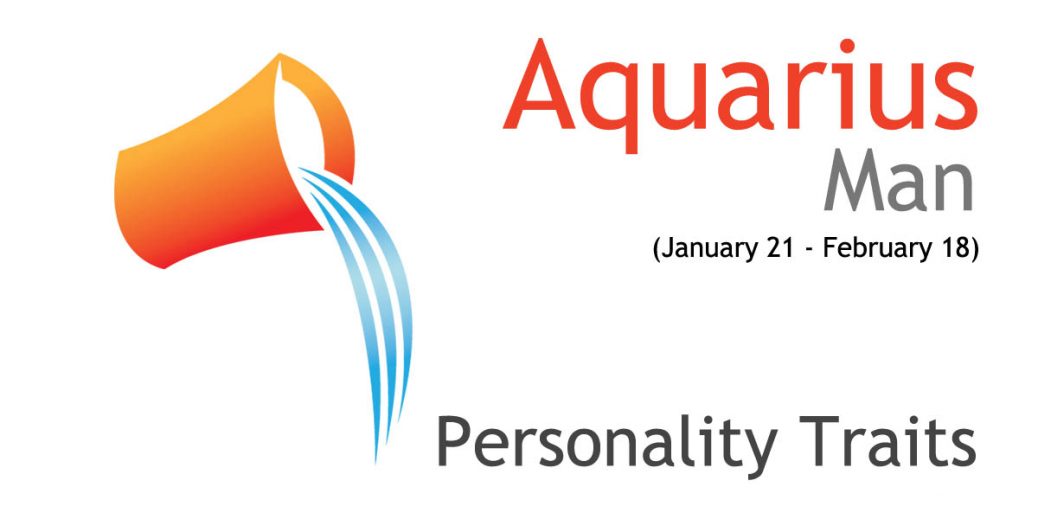 Incredibly emotional and risk-averse, the Pisces man is the most sensitive sun sign in the zodiac with a love for romance and drama. This man reserves a feminine side to his personality that is tender, warm, and deeply spiritual. This man is mysterious and sensual and is represented symbolically by two fish swimming in opposing directions. Generous and unworldly, this man withholds a sentimental emphasis that revolves around basic ideas, and philosophies. To learn more about this mysterious and alluring man here’s all you need to know about the Pisces man.

Personality Traits of the Pisces Man

Incredibly loyal as a friend, the Pisces man is a poetic hermit with deep sentiments and a gracious stance. This man will likely be soft-spoken, makes for a great listener, and will often have a small circle of friends. His personality is dual-natured and quite enigmatic where he can be easy-going and mutable one minute but can also turn vicious and deceptive.

Intuitively compassionate, the Pisces man comes with deep-seated emotions since he likes to spend more time building long-lasting bonds. He will be supportive and remains vigilant with a unique ability to foresee situations well beforehand. This man is blissfully gentle but his emotions are a passion-filled experience since his perceptive mind soaks in everything.

Slightly conservative in his world views, the Pisces man chooses to observe from afar and can be very temperamental. Quite the observer, this man is not judgmental and is very approachable. His calm and elusive nature doesn’t stop him from voicing out his concerns because he has a natural instinct to help but can often be overwhelmed.

This man thrives on consistency to keep certain insecurities at bay. Shy and very much taciturn, he always spends time to self-reflect on his actions and shows empathy towards people who are less fortunate.

Though the Pisces man is temperamental, he is also a deep thinker who finds comfort in an altruistic existence. This man chooses to invest his time in a career that resonates with spiritual and emotional growth, therefore, is inclined towards theatre, literature, performing arts, political science, and mass communication.

Boasting a visionary mind and a generous heart, the Pisces man thrives on beliefs and frameworks. This man dislikes confrontation as emotional outbursts tend to drain him off his energy. He will be a dreamer consumed by nostalgic thoughts, often pursuing goals that are emotionally satisfying.

Dark Sides of the Pisces Man

Filled with depth and mystery, the Pisces man is a secretive creature who can be lazy and self-destructive. He is an escapist when he’s emotionally unstable, and will daydream just to stay ignorant of life’s harshest realities. Overindulgence can be a problem with this man who reacts strongly when criticized and will often self-doubt. He may contemplate over the past and will get pulled into drama where he isn’t needed, often being overly emotional. Apart from being unrealistic, he may also lack a basic understanding of boundaries and will be dependent emotionally and financially on a partner or family. His deluded mind can easily be clouded by self-pity and he can be very indecisive during such moments.

An old-school romantic, the Pisces man is enchanted by earthly hues, colors that resonate with nature, and soft attractive fabric. So if you’re well-groomed, and surprise him with affectionate gestures, he’ll definitely wear his heart on a sleeve. Since he’s a believer in religion and astrology, he will likely feel attracted to a woman who’s spiritual and clairvoyant. Creativity is another facet that’ll enthrall this man in your direction, and if you’re sensitive with pleasant nature, this man will be head over heels in love.

But a brash and abrasive attitude can immediately put off the Pisces man who is fairly attuned with worldly sentiments. He doesn’t take well to noisy individuals and is immediately turned off by egoistic displays. His primary form of expression will be engaging in deep conversations combined with gentle physical gestures so he dislikes obnoxious routines and aggressive foreplay. Women who are impractical with a detached approach towards life fail to understand this man who prefers modesty in a relationship.

How to Attract the Pisces Man?

If you’re financially independent, the Pisces man will adore and respect your efforts because he treasures a self-reliant woman. He might spoil you in the relationship but this man doesn’t care about material acquisitions so he will value your nifty practice for handling money.

Give him time and attention

Since the Pisces man is very sensitive and emotional you will need to pay special attention to his wants and needs in the relationship. Pisces man will seek emotional support from time to time and he values a woman of grit, who’s tremendously loyal and receptive to his sentiments.

If you want to put across your perspective without criticizing the Pisces man, you will need to be subtle in your tone and clever with your words. Since he can’t tolerate a brash personality, it is important to be diplomatic and reasonable with him, instead of dominating his personal space.

For a Pisces man, family ties are essential because it keeps him grounded so maintaining a healthy relationship with his loved ones is important. Make simple gestures to show your concern and love by hosting get-together dinners with his family to build a healthy bond.

Capable of sacrificing external dealings just to help out a friend, the Pisces man is passionate, kind, and loving. Ardent and tolerant, this man is capable of giving emotional support to his beloved circle of friends and family. He is a good listener who can view the other person’s perspective and empathize by communicating his concern in a direct form. Even though he isn’t prone to leading or dictating, in times of need he will showcase a strong, yet controlled disposition that allows him to help his friends, family, and co-workers in a crucial situation.

In marriage, the Pisces man is a loving and devoted husband who will shower you with romantic gestures – poetry, flowers, and fine dining! He is tolerant and unbiased, with the capacity of loving his partner unconditionally. He is overly submissive and may not be a dominant husband, but as a father, he will undoubtedly spoil his little ones, sometimes more than what is necessary. He can easily turn into a doormat just to be the perfect father but he will empathize with his children’s pain, and troubles with absolute confidence. He will openly express his feelings and be a doting father that his children can trust and confide in.

In terms of money management, the Pisces man can be somewhat disorganized since handling practical tasks isn’t his forte. Despite being perceptive, he can be indulgent, often making financial decisions that aren’t rational but based entirely upon emotion. He is quite gullible and easily influenced especially when it comes to spending money on multiple schemes like insurance policies, door-to-door products, and credit cards.

The corporate world is a dubious world for the Pisces man who prefers to work alone than with a team of peers. This man’s personality comes with an artistic flair so he needs a comfortable work environment where his creativity can be let loose. Careers in counseling, theatre, social work, design, and architecture are ideal for him. The Pisces man makes for a creative musician and can also thrive as a writer with anecdotes to share.

Elusive, and precarious by nature, a Pisces man is picky and cautious about the women he sleeps with or dates. It is difficult for a Pisces man to be entangled in a sexual relationship and abstain from getting attached. This zodiac is sensitive about the things you say to him and will treat the bed as a refuge. He will seldom express what he feels, despite being an emotional shapeshifter. A Pisces man in bed is very instinctive when it comes to pleasing a partner and always demands constant attention.

Pisces men are a wonderful combination of romance and unbridled desire. They are selfless lovers who will kiss your womanhood, bosom, and lips just to express gratitude. However, they become cynical and evasive, if their sexual needs are neglected. As far as sexual experimenting goes, a Pisces man in bed will be very receptive but they easily get depressed if they aren’t constantly reassured.

A Pisces man in bed is a living contradiction – he is attracted to mysterious women however expects his sexual partner to immediately imbibe a spiritual and emotional connection. To savor your sexual fantasies in bed, you must never objectify or criticize the Pisces man since they’re alarmingly self-indulgent. An honest recognition of his sexual prowess in the form of a passionate kiss will do just the trick.

How to Resolve Differences with a Pisces Man?

The Pisces man is an emotional communicator so a confrontation won’t do well with him because he will retreat into a personal space that’s out of reach. Since he’s touchy and indecisive, he’ll need to be tackled with care, subtlety, and a calm demeanor. Attacking his emotions will only lead to chaotic fights, and it is necessary to keep him focused during the argument. Since he tries to escape reality quite often, he finds stability with a partner who is grounded, placid and practical.

To make a breakthrough in your relationship with the Pisces man, it is necessary to guide and console his insecurities with determination. This man is tender-hearted with a flexible nature so if you build your foundation just right, his intuitive and observant inputs will have a soothing effect on poignant days. But it is important to be financially stable and independent to make your relationship work well, especially if you’re a woman of traditional values and a strong resolve.

Leave a reply to Nao Click here to cancel the reply