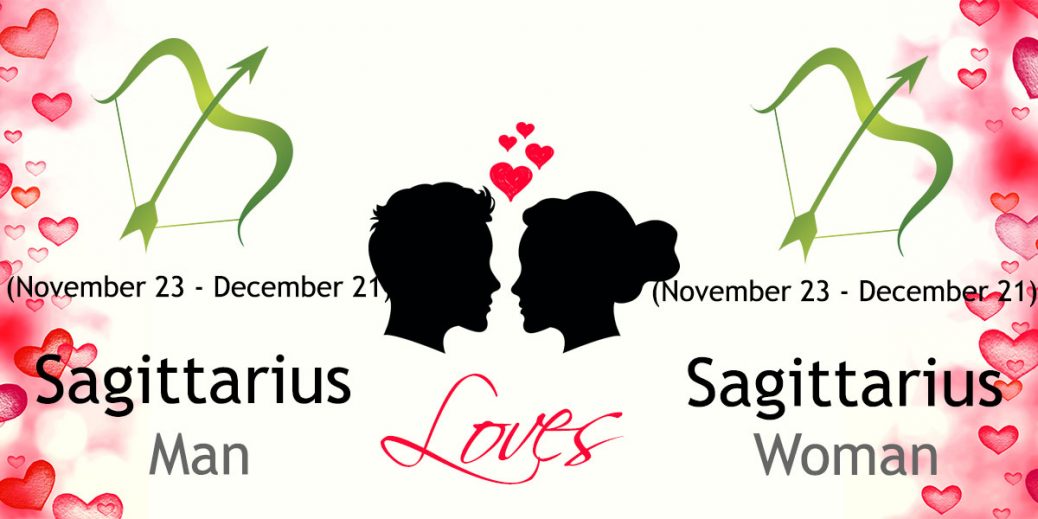 Plans may face some serious upheaval as the #female is required to deal with family matters. This crisis needs both of your attention and involvement. The Sagittarius man has some good solution to offer but needs to present them right. Voice them carefully and diplomatically. Being a hothead or a know it all wouldn't win a proposal any supporters. As a couple, you may be feeling some financial pressure. This doesn't need to be an end to fun or intimacy. Look for simple pleasures to express your love for one another in 2022.

The match of Sagittarius and Aquarius is generally a smooth one with lots to share in common. Both of them value freedom, growth and independence in love relationship. Sagittarius’s approach to love, however, may be a little more impulsive and emotional than Aquarius who is calmer partner in the relationship.

Sagittarius man is a very honest and cheerful person who can blaze in fire of enthusiasm and make everyone around him excited. He knows his goals well and directions to achieve them as well. He is capable of an impressive quantity of love and affection, yet prefers to give it most when it is not expected or required from his lover. He embraces a live and let live philosophy and hates being tied down to commitments. When he feels that he is allowed the proper amount of independence and freedom, he proves to be a loyal and true companion.

An Aquarius woman is delicate and free. She tends to reach her goals with the greatest of ease, as long as everything flows easily around her. Face her with confrontation and she can turn things around as her rebellious side surfaces. She can be quite stubborn at times. Although she may seem inconsistent with what she does and quite confused in doing so, she is quite the socialite. Once a man has befriended this woman, he gets a friend for life time. Although she is a loyal confidant and lover, she seems otherwise at times, showing herself as more detached and unemotionally involved.

The relationship between Sagittarius man and Aquarius woman is long lasting and true blue. They both have an overabundance of friends that they like to include in their lives, they both love to experience life any way it is handed to them and they both enjoy each other in conversation, intellectual ideas and a mutual love that carries them through their many fights they have. Aquarius woman has a spirit that generates positive energy in Sagittarius man and inspires him to do some new and great things. There is a strong attraction as both of them have similar interests and can share a lot. She loves creativity whereas he is purely in love with adventures. She keeps on searching for new things in life and completely awes her man of her spontaneous nature as he himself is very free going in life.

The free flowing connection of Sagittarius man and Aquarius woman is full of explorations, enthusiasm and arguments. Their independence is a positive quality in this connection as it shows that they do not need each other as much as they inspire to have the other’s company. He gives her the independence she craves for and supports her to fly high in her imaginations. The jolly nature of Sagittarius man makes his Aquarius maiden feel spirited around him with the best of her sense of humor. She contains within her many dreams and though the Sagittarius man is not possessive, he is assuredly jealous and curious to know all about her. They always have a lot of arguments and disagreements. However, each argument ends just as fast as it started. Their relationship is best described as — really good friends who understand each other with a sexual connection — that fits together so well it was as if it was meant to be.

Love is a new and exciting game that the two play and both win. Sagittarius man and the Aquarius woman can make one of the divinest pair of all the zodiac signs. Their deep love is reflected in their every action and thought. Friendliness and affection comes to them naturally with all the long rosy talks and delightful smiles that call persistently in their lives. The delightful damsel can bring new flame to her Sagittarius man’s adventures giving him incredible energy to become a champion for all manner of goodness and glory. While this Sagittarius gentleman provides his charming Aquarius lady with the support, assurance and affection which is out of her measures, throughout her life. Their unconditional love provides ever lasting attar to all the airs crossing their sweet home and special warmth to the fire in their heart.

The levels of the sexual connection of Sagittarius man and Aquarius woman greatly vary from a heightened arousal of a kiss filled with love to an intimacy full of energy to merely something that is just in their minds. Each level they are on from day to day is quite unpredictable yet as they both look forward to the next day they both wonder if it is like a roaring fire burning out of control or a gentle rainfall deep in a forest. Regardless, the love making of Sagittarius man and Aquarius woman never grows tiresome. There is something about Aquarius female that just gets her Sagittarius male. Although they are not possessive of each other, they are quite jealous. This meaning they don’t mind the social aspects of their lives and the sharing of their ideas, whether it be sexual or not. They expect each other to keep the physical aspects of their relationship just for each other and no one else. Since both of them feel this way it is not be an issue whatsoever. They enjoy sharing their intellectual ideas with each other as their connection strengthens. They both respond instantaneously to each other and their affection and passion is constantly soaring with each night they pass in each other’s arms.

Generally the relationship of these two is as smooth as the flow of river but at the moments of not so wonderful of a connection, Sagittarius man may lash out with his blunt honesty and frank words or Aquarius woman may spin around and flair her hot tempered nostrils toward him throwing accusations at him left and right. They both need their freedom and anything including their mate can be considered a hindrance by them if he/she shows unnecessary streaks of jealousy. But their ability to forgive and forget rather quickly keeps their connection just as strong as it was before they both got so hot headed. They respect each other and value each other’s company. Aquarius woman’s gentle touch and airy words do wonders for her Sagittarius lover’s raging heart. This is definitely a relationship that is worth the connection when there is so much love and mutual understanding involved.

Leave a reply to Stephanie Click here to cancel the reply